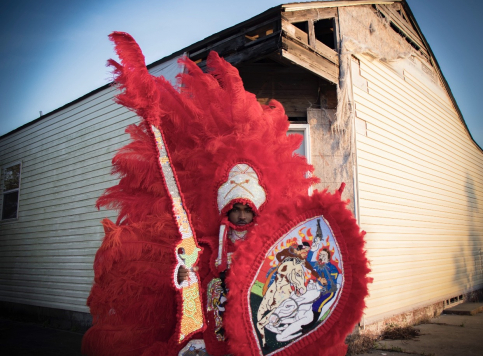 I am Spyboy Rashaud Brown, an Alum of New Orleans Center For Creative Art. I’m one of the youngest black masking Indians of New Orleans. As one of the founders of Young Seminole Hunters (Mardi Gras Indian tribe), I have spent the majority of my life and energy trying to keep the tradition alive. The tradition of Mardi Gras Indians dates back to the 1700’s. During the time of slavery in New Orleans, Native Americans were said to help many African American slaves find refuge within their community. In 1857, the first Mardi Gras celebration was held. This was a prime time for segregation, meaning African Americans were prohibited from participating in any festivities. Because of this exclusion, a group of African Americans decided to pay homage to the Native Americans by dressing up in feathers, beads, and preforming traditional songs and dances. In doing so, African Americans created their own celebratory traditions that would be carried on through generations. Each year, those who choose to participate create one of a kind, hand-sewn costumes. These intricate costumes take an entire year to complete. Each suit can end up weighing around 150 pounds due to thousands of sequins, beads, rhinestones, and ostrich plumes. These costumes are then worn on Mardi Gras day in celebration of a rich heritage within the black community in New Orleans. Mardi Gras Indians are a representation of vibrant culture, unity, and love.

Describe your art in three words.

Describe yourself in one word.

What do you love the most about creating art in New Orleans? What particular part of your immediate environment, in your neighborhood specifically influences your work?

The city of New Orleans specially influences me. The French Quarter is place I feel most influence to create.

Describe your creative process. Are there any rituals or rites of passage you exercise before you begin a new piece?

First, I must have a blueprint in my mind. Hyper-specific colors. For me the beads speak without words so each bead has meaning. I will go skateboard around the quarter and get inspired.

My very first encounter with beading was in a room with Nag Champa, Fela Kuti playing on TAWLA FM, Stevie Roots. VHS tapes playing recordings of the Mardi Gras and Super Sunday from previous years. These are now all part of my rituals.

Where do you draw inspiration?

My Elders and My beautiful city.

Who are your artistic influences or gurus?

In New Orleans, art and music go hand in hand. What type of music, band or song lyric best describes your work?

Where can we find you when you are not creating art?

Humidity Skate Shop on Dumaine Street in The Quarter.

What is your favorite time of day/day of the week/month of the year?

What is something people don’t know about you? A fun fact.

I LOVE animals. All animals.

Please allow 10 -14 days shipping for standard orders. All packages are shipped within the Continental United States through the USPS via Priority Mail with Tracking.

For international shipping prices, rush orders or commissions, login and send me a private message through the messaging tool on my profile page. 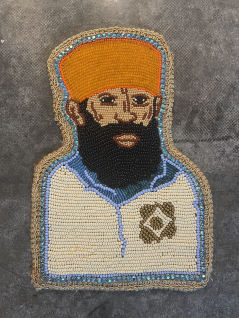 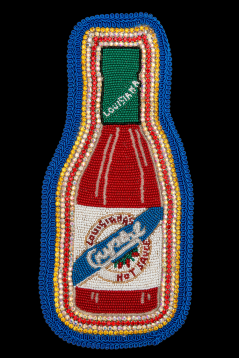 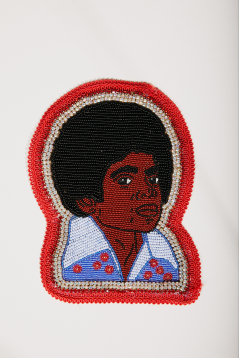 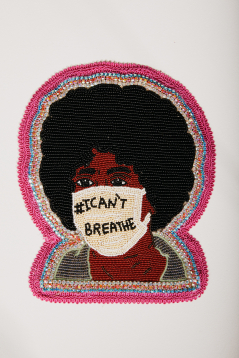 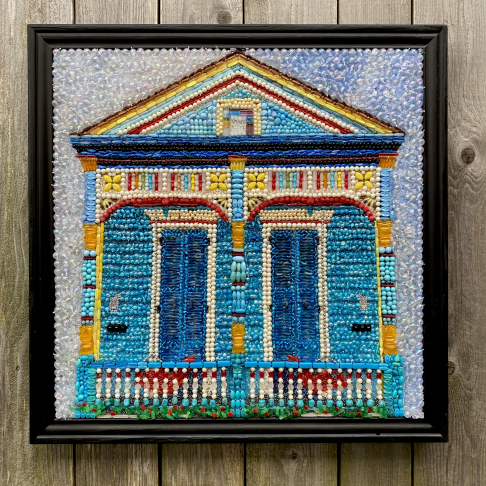